Redesigned streamlined ring with cushion cut peridot in protective bezel
Beautifully made, but the wear of metal and stone are quite evident
Original handwork retained - profile of redesigned engagement ring
New green peridot is checkerboard faceted, cushion cut with even color & saturation.
Inside view of bezels - light coming through stones
Metal wear of original engagement ring with peridot removed 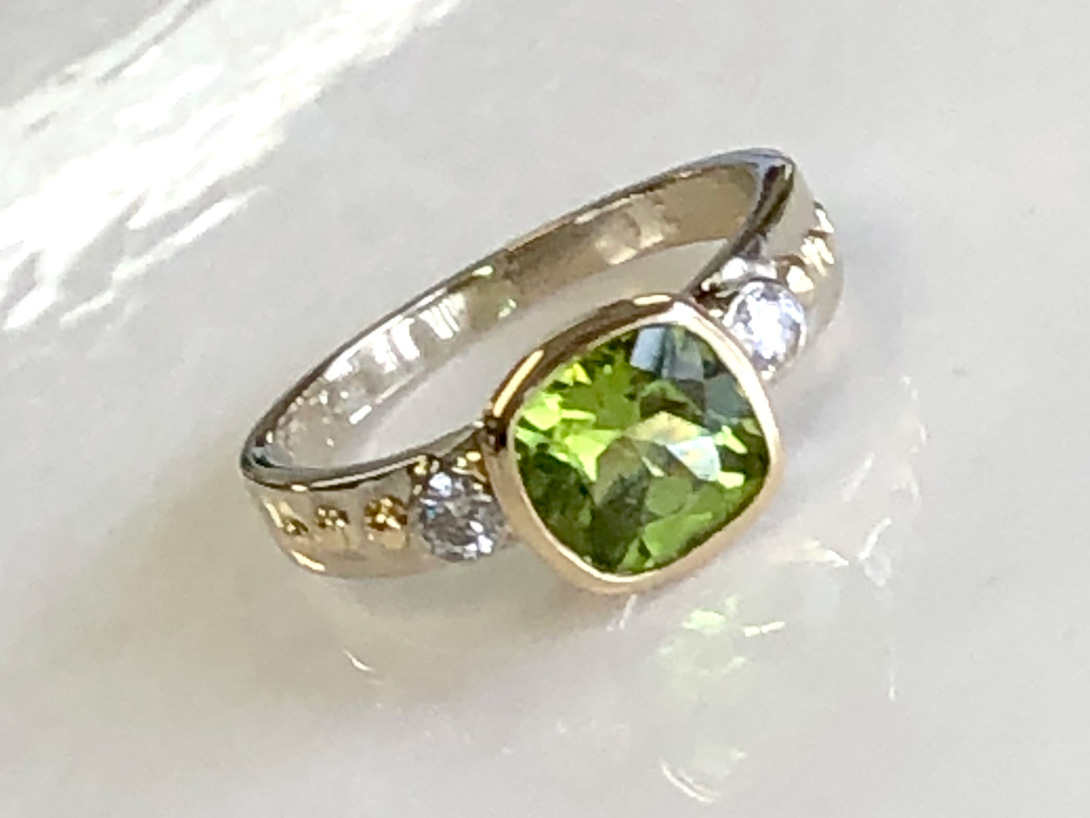 Her birthday and anniversary were rapidly approaching, and she wanted some further refinement to her engagement ring. I had met this charming and creative woman at a holiday party several years ago. She is a very talented interior designer and guided my friend (whose party we both attended) on the interior of her home.

The original ring was a combination of primarily white gold with yellow gold accents, and the center stone was a cushion cut peridot. Peridot is an August birthstone and, as evidenced by the before photos above, does not wear as well in rings as other stones.

She had this ring for many many years, and (as tends to happen with engagement rings) she had a strong emotional attachment to it. Yet her eye wanted something slightly different. It had been designed elsewhere, and the ring was well-made. It had a lovely fabrication with loads of handwork that we needed to preserve. Although we discussed creating a completely new ring, she kept coming back to what she loved about the original.

Listening carefully, I made my suggestions – and she agreed:

We selected and replaced the original damaged and worn peridot with a brand new fresh peridot. The stone size needed to be the same as the original because of the construction of the ring itself. The stone was selected by the customer, and I confirmed the quality to make sure the color was even and saturated. A notable difference – the original stone was faceted traditionally, whereas the new stone is known as a “checkerboard” because the table (flat top facet) is actually sectioned like a checkerboard creating more facets for light to play with!

The additional tweaks of removing the gold edges made the ring less massive, more delicate and streamlined which fits her style today. The new bezel is slightly heavier to protect the stone just a little bit more, and it is also slightly recessed.

The result: A new redesigned ring based upon the much-loved original 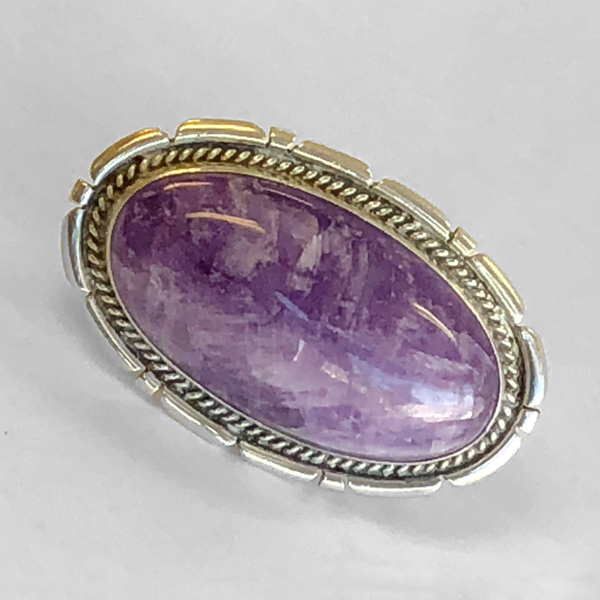 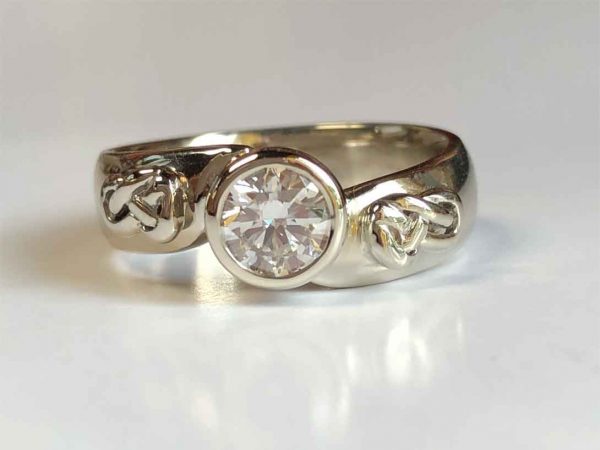 hers & his wedding rings combined and redesigned 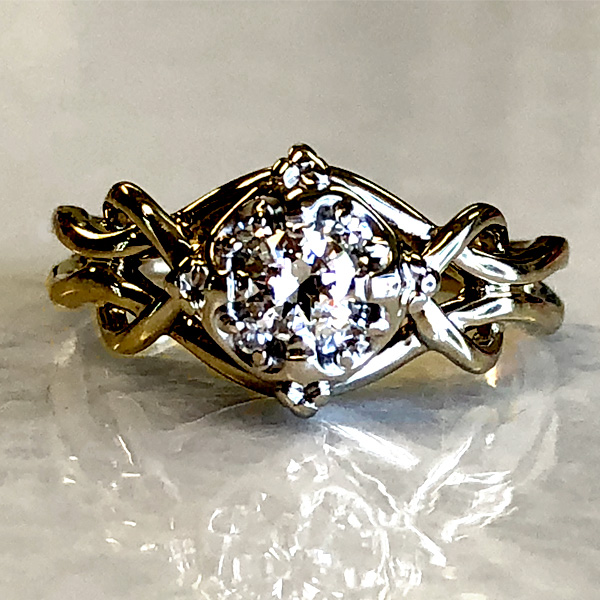 grandma’s ring converted from pendant back into a ring 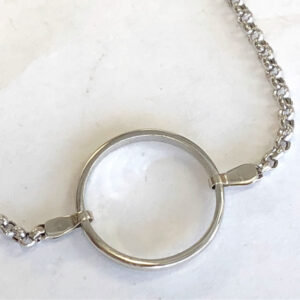 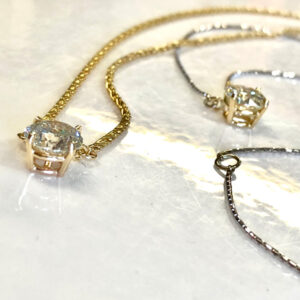