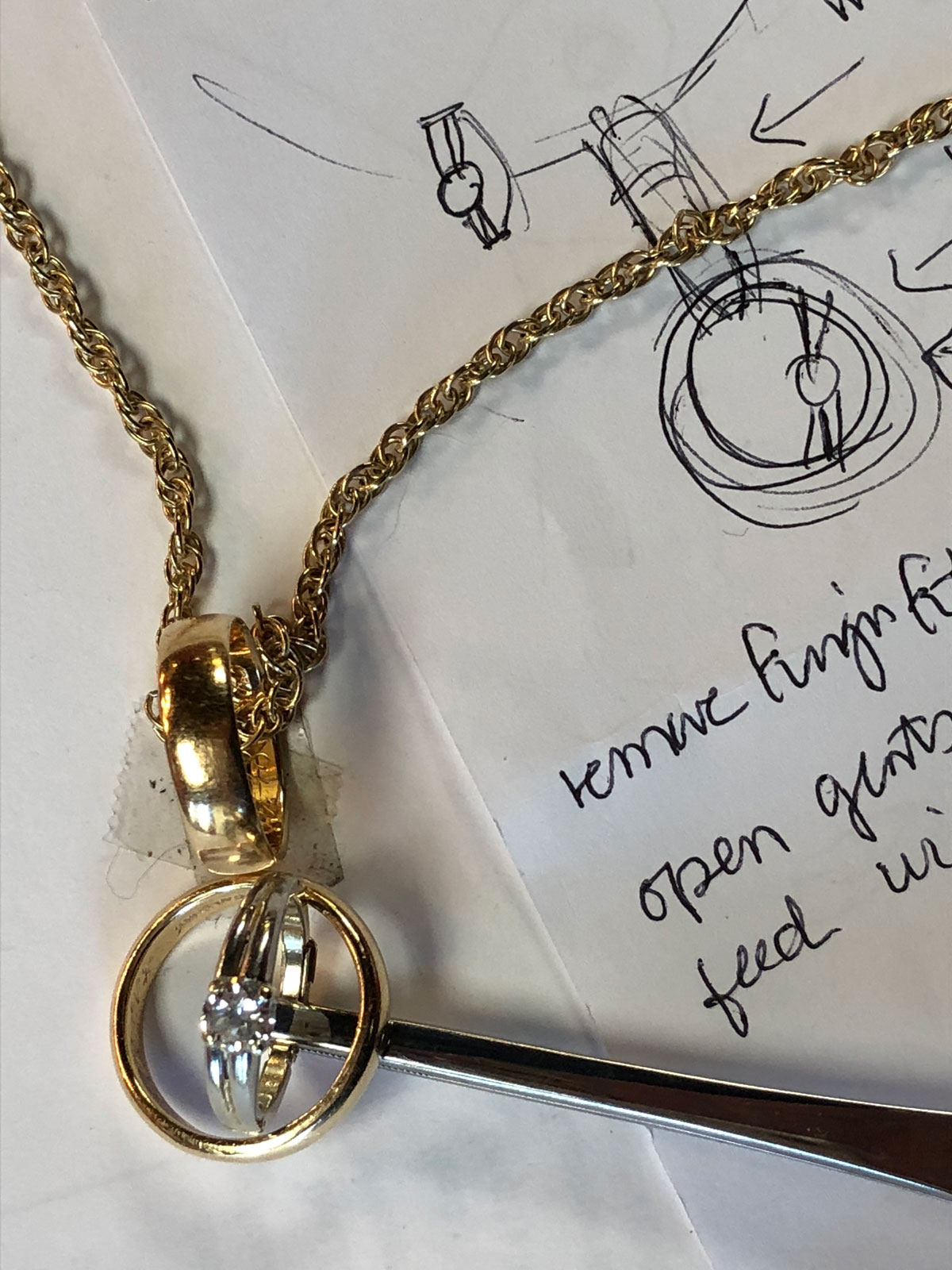 she is an older woman who, with her husband, moved into the area to be closer to her daughter. unfortunately her husband passed after the move. now a widow, she was not ready to give up her rings but she no longer wanted to wear them.

initially she was thinking of melting all the rings into a free-form nugget pendant. but one of the bands was her grandmother’s wedding band dating from 1888! i could not in good conscience melt down the band that has so much history. her grandparents were married in one of Connecticut’s quaint villages and then returned to Sweden. after chatting with her about the design, she agreed that she would not be thrilled if we went that route.

the wedding rings have been made into a pendant. her grandmother’s ring is the bail. her husband’s ring was been combined with her wedding set that has been nestled inside his ring. and she can see her wedding date as it is engraved inside his band. the chain fits over her head, so no need to fuss with a clasp which can be difficult as fingers grow older.

she was positively beaming when she came in to pick it up with her daughter.

more rings we converted to pendants 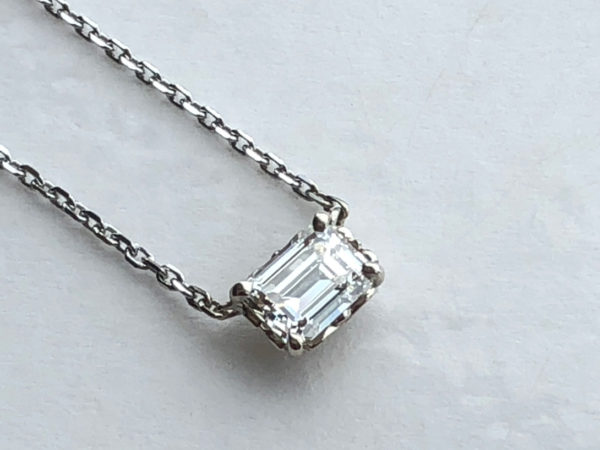 if it is summer, it must be necklace season 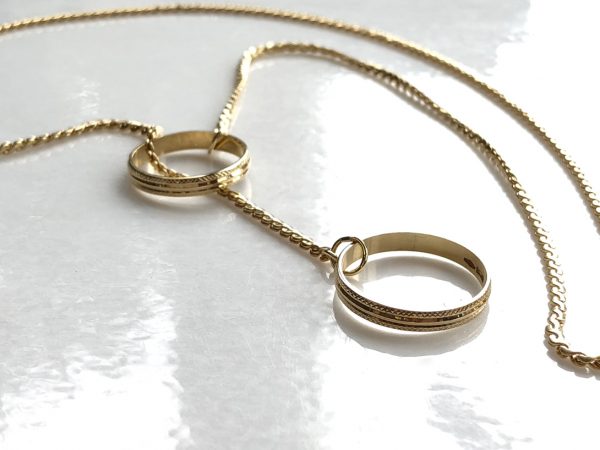 promise rings turned into a pendant 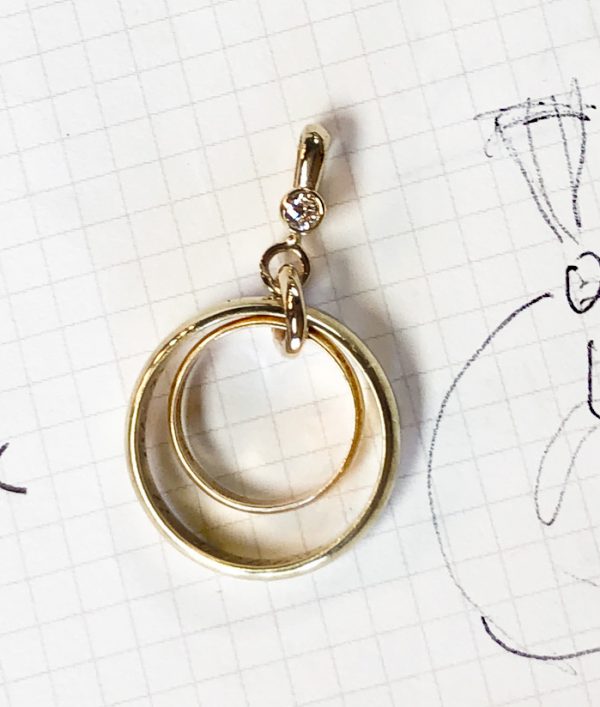 In the jewelry archive – rings made into pendants 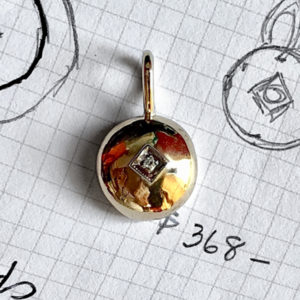